The Five Secrets of Commanding Life: An Event with Stephen K. Hayes 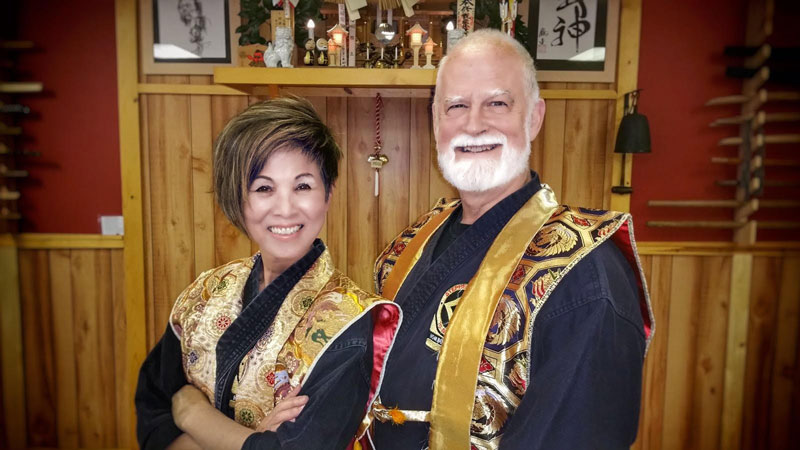 From ancient Asian spiritual history we recognize five basic patterns we choose from when experiencing inner or outer conflict and confrontation. Put the pressure on, and we automatically opt for one of these responses.

Join us for a very special workshop with Stephen & Rumiko Hayes. They are coming to Columbus to share their insights from 40 years of martial arts and mind training with some of the best imaginable teachers from Japan, Tibet, and India.

Two hours of fun and mind opening experiences! The seminar will be mildly physical, but nothing that any normal person can’t handle. Come by yourself, or bring some friends. This will be great for any martial artist, regardless of style practiced, or any person who has taken the spiritual path in life, or anyone with an open mind and a driving curiosity about how life could work better through knowledge of how reality plays itself out.

Wear comfortable clothing it would be fun to move around in. Bring your sense of exploration, your questions about how life has gone for you so far, and a sense of recognizing old habits in a new and empowered light.

Stephen K. Hayes, referred to as An-shu “retreat supervisor” in his Japanese martial and spiritual tradition, is called “One of the 10 most influential living martial artists in the world today” by Black Belt Magazine. He trained with the grandmaster of the ninja in Japan in the 1970s and 1980s, and regularly travelled North America with the Dalai Lama as his personal security escort through the 1990s.

Stephen K. Hayes has agreed to take a role as special ambassador and fund-raiser to assist in the rebuild of Columbus’ own Karma Thegsum Chöling, which was sadly burned to the ground. All proceeds and extra donations from the seminar will be given by Stephen Hayes to help the Columbus KTC rebuild fund.

Come out and support a grand cause, learn something that might help you deal with the vicissitudes of life, and meet some interesting people from the Columbus area. We look forward to sharing this adventure with you!