Our organization and teachers

Columbus Karma Thegsum Chöling was founded in September, 1977 by Khenpo Karthar Rinpoche as an affiliate center of Karma Triyana Dharmachakra, His Holiness the Gyalwang Karmapa’s dharma seat in North America.

Since the beginning, Columbus KTC has been guided spiritually by His Holiness Karmapa through Khenpo Karthar Rinpoche and the lamas of KTD, and organizationally by the KTD’s president and its national board of trustees.

Administrative Board, and Practice and Study Team

Locally, the Columbus KTC’s Administrative Board handles the day-to-day operation of the center, while the Practice and Study Team, headed by Resident Teacher Lama Kathy Wesley, takes care of religious practice and education matters. Board members serve as volunteers for terms ranging from one to two years.

Here’s an introduction to the 2015-2016 KTC Administrative Board, and our Practice and Study Team. We hope to see you at the Columbus KTC! 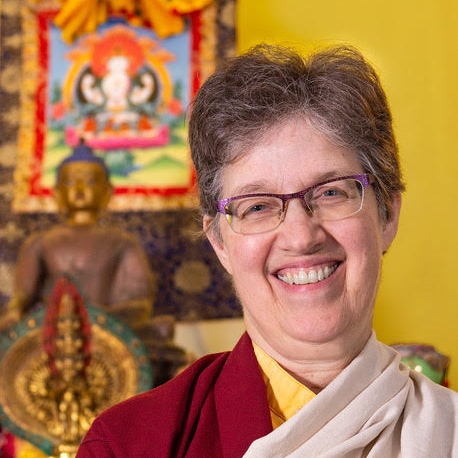 Kathy Wesley (Lama Gyurme Chötsö) has been a student of Khenpo Karthar Rinpoche since 1977. She participated in the first three-year retreat led by Khenpo Rinpoche at Karmé Ling Retreat Center in upstate New York, and thus earned the title of ‘retreat lama.’ Now, Kathy serves at the Columbus Karma Thegsum Chöling as its Resident Teacher and travels to other Buddhist centers throughout the country to share the dharma. Kathy is a graduate of Ohio State University with a bachelor’s degree in journalism. She lives in Newark, Ohio with her husband, Mike Wesley. 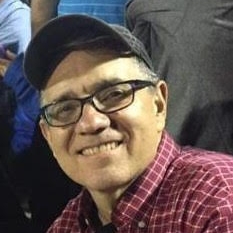 Chuck Drake took refuge with Khenpo Karthar in 1981. He attended Vajradhatu Seminary in 1988 with the Vajra Regent. Chuck is currently a meditation instructor; he served KTC in the past as treasurer. Chuck is married to Mylynda Drake and he has two sons and two step sons. 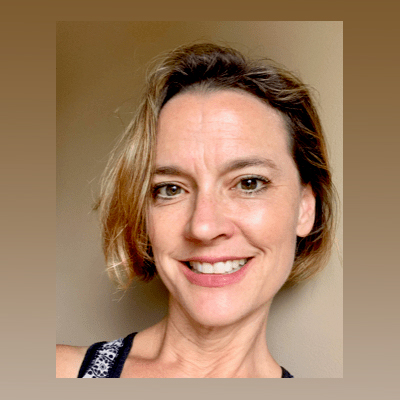 Bethany Dwinnell has been a psychotherapist in private practice for over 20 years. She first became interested in Buddhism when she became aware of the parallels between cognitive behavioral therapy and Buddhist philosophy. As a member of KTC, she and her family have attended since 2006. In her spare time, she enjoys rowing, violin and reading.  While she has volunteered in varying capacities through the years, she looks forward to serving as secretary for the board. 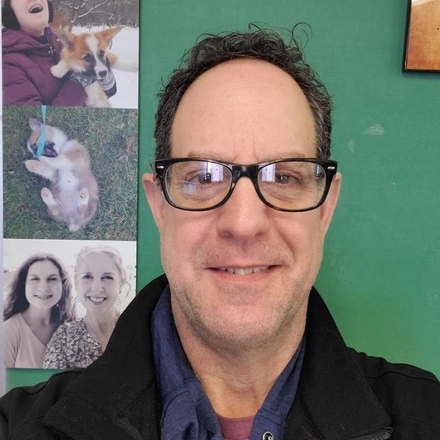 I’ve been a member of KTC since December 2015, a month before the old building burned down. It’s been a wild journey since then and I aspire to help the Sangha in any way possible. I’ve learned so much from everyone, I want to pay it forward 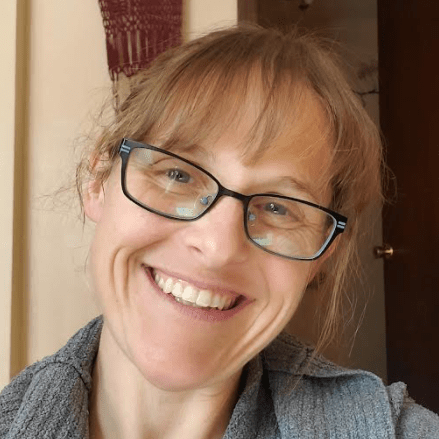 I am excited to be elected to the board as the Member at Large. I have been attending KTC for over 11 years and took refuge with Lama Kathy. KTC has always been a warm and inviting place and I am excited to be able to support the community as we transition to a new building. I regularly volunteer as a meditation host and umdze. I live with my two amazing children, my husband, and dog, in Gahanna, Ohio. 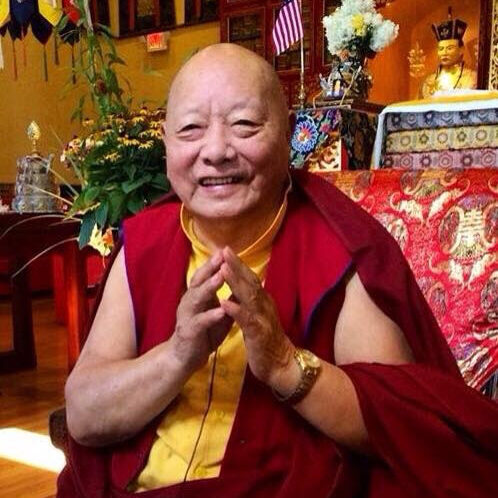 For over three decades Khenpo Karthar Rinpoche has patiently guided students unaccustomed to Himalayan traditions. As the abbot of Karma Triyana Dharmachakra, Rinpoche is responsible for insuring that preparations are in keeping with age-old Tibetan traditions when visiting Rinpoches and lamas teach at KTD. Distinguished visitors include His Holiness the Sixteenth Karmapa, His Holiness Sakya Trizin, all the regents of the Karma Kagyu lineage, and numerous eminent Tibetan teachers. more… 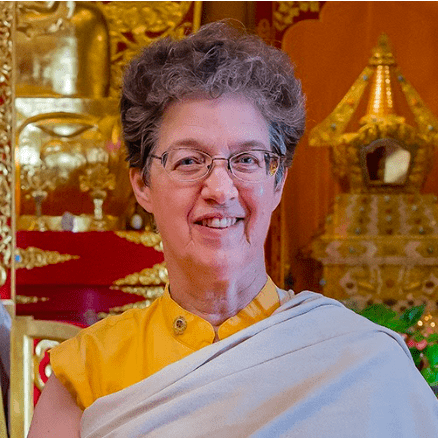 A native of Columbus, Ohio, Kathy Wesley (Lama Gyurme Chötsö) has studied Tibetan Buddhism since 1977. She has been active in the Columbus Karma Thegsum Choling since its inception in 1977, and has served the center in a variety of roles, including meditation instructor, newsletter editor and secretary. From 1986 until 1991, she was the center’s administrative director. Lama Kathy now serves the Columbus KTC as its resident teacher.

From June 1993 until May 1996, Kathy participated in a three-year retreat led by the Ven. Khenpo Karthar Rinpoche at the Karmé Ling Retreat Center in Delhi, N.Y. You can learn more about her at www.lamakathy.net 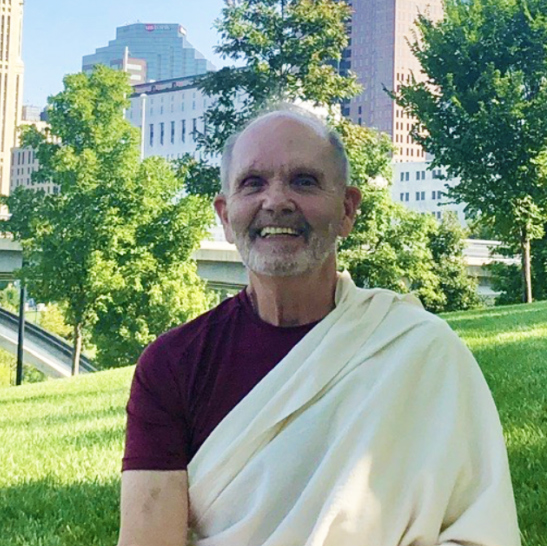 Lama Tom Broadwater took refuge with Khenpo Karthar Rinpoche in 1999 and completed a three-year retreat under Khenpo Rinpoche’s direction in 2012. Lama Tom worked as a Social Worker Administrator for 35 years before retiring a few years ago. He is also the father of two and grandfather of three children. Lama Tom teaches at Columbus KTC monthly and is the spiritual guide and inspiration for our Ngondro group that meets monthly on the 3rd Sunday. 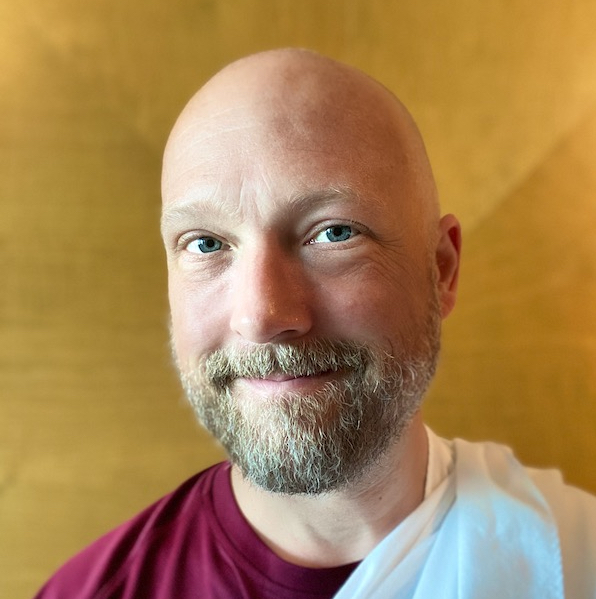 In 2020, Lama Adam Berner completed the three-year retreat under the guidance of Khenpo Karthar Rinpoche. In addition to his volunteer position as an associate resident teacher at Columbus KTC, his activities include being the creator and host of the Lama Taboot podcast, Director of Buddhist and Contemplative Life at Denison University, and an affiliate chaplain for his alma mater, Otterbein University, where he received his BA in Music.