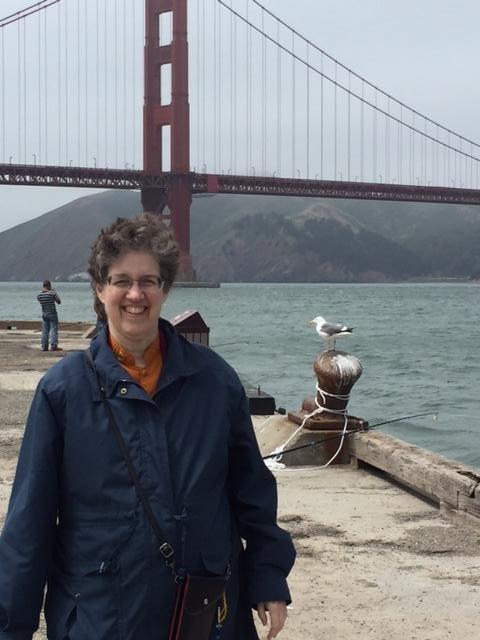 This past week’s observance of Mother’s Day delights me in a very Buddhist way; not having had children myself, I feel nonetheless like a parent, filling with happiness when I see “my kids” – our dharma brothers and sisters – attending pujas, helping others, going on retreats, and so forth.

As a buddy of mine observed on Mother’s Day, Buddhists have a special connection with the holiday – according to the Buddha’s teachings, every being has been our Mother, in one or another of our countless lifetimes. Therefore, he reasons, we should all be wishing each other – male, female, elder, child – a “Happy Mother Sentient Beings Day!”

On Mother’s Day, I flew to San Francisco for a special “family reunion” – a visit to our dharma family, both those out West and those farther East. The occasion was the first visit to the United States in 17 years by His Eminence Tai Situ Rinpoche, one of the “Heart Sons” (or “Yab Say” in Tibetan) of His Holiness the 16th Gyalwang Karmapa.

Teachers are important touchstones for us as we navigate the twists and turns of the spiritual path; they are inspirations, guides and guardians, who show us how to avoid the pitfalls of our own confusion while applying the dharma “remedies” to our mental afflictions. The great masters show us what enlightenment looks like; others act as tutors, giving us instructions for approaching the great masters so we can receive their blessings to transform our lives.

The Tibetan word “lama” points to this. “La” means “unsurpassable,” and “ma” means “mother.” So the lama is the unsurpassable parent for sentient beings wandering in samsara.

What I felt seeing Tai Situ Rinpoche was great joy – and I felt great devotion, wanting to aspire to the qualities of enlightenment he displayed in his deep kindness and his constant presence with all those he met.

Was there a blessing? I rather think so; the following day, as I walked among the trees of a beautiful San Francisco park, I saw three things – an elderly person being pushed in a wheelchair by a doting caregiver; a young child crying from exhaustion and frustration; and three teenage girls wearing makeup and short skirts walking arm-in-arm. I saw in these three things a clear dharma message. I saw the happiness of the older person, unable to walk and being pushed by another; I saw the visible suffering of the child, unable to plan her own day, forced to walk past the point of exhaustion by adults; and the not-so-visible suffering of the teenagers, trying on personas to impress one another, fearful of failing to “fit in” and be popular.

This might not seem like much of a blessing, but what followed it did. What followed each of these sights was a sudden rush of the wish to benefit them – a wish to help them be free of their suffering. This little moment of bodhisattva motivation – just a spark – was surely a gift from the lama. And a perfect Mother’s Day gift, it was.

In a larger sense, we all are mothers; we’re all giving birth to something – an idea, a life; or a baby Buddha, perhaps?

A few weeks ago, when I saw Khenpo Karthar Rinpoche, he told me to work through my fears of approaching other people and telling them about Columbus KTC’s fire and its immediate needs. “Meet new people,” he said.

I understood his message, but the method eluded me. How would I meet more people?

From that question arose the idea of Midday Meditation downtown.

We meet 12:15 p.m. to 1:15 p.m. each Wednesday in the Third Floor Urban Spirit Center at Trinity Episcopal Church at the corner of Broad and Third Streets. Enter the church on the Broad Street side and take the elevator up to the third floor.

The Columbus Dispatch visited our first session May 4, attended by a whopping three people – one of whom was me. Read their coverage of the event here.

This past Wednesday’s class grew exponentially – 7 people attended! And more are planned. The program will continue through the end of June; if it continues beyond that, we will let you know. Meanwhile, if you’re downtown some Wednesday, stop in – either Eric or I will be there.

Nurturing a virtuous mind “flavors” our experience of the world; doing meditation, mantras, prayers and service to others gives us a new view of the world – the view of the bodhisattva.

This coming Saturday May 21 is Saka Dawa, the observance of the Buddha’s Birth, Enlightenment, and Paranirvana. It’s said that the blessing of the Buddha is on this day, such that any virtuous action done in concert with the Buddha’s intention for enlightenment will be multiplied millions of times.

Due to the Jewish Sabbath, there will not be the usual Sacred Day Retreat at the KTC rooms this coming Saturday, but we will have a prayer observance during class on Sunday May 22.

Write yourself a reminder for this Saturday, and make extra offerings on your shrine or say extra prayers and mantras – to nurture your “baby Buddha” toward awakening!

THE JOURNEY HOME: This Week’s Highlights

The “Many Meetings Retreat”

As the KTC Board – Director Kim, Assistant Director Tanya, Treasurer Steve, Secretary Justin and Member-at-large Eric – gathered on the phone this past Thursday to talk with architect Keith Spruce about the many details of designing a possible KTC center, I reminded them of all the merit they were accumulating, even by sitting in a meeting.

“You’re on the ‘many meetings retreat,'” I said. “And your virtue is growing with every minute.”

That’s a good thing to think about when in the middle of a meeting about building materials and methods that sometimes flies over your head!

But if you think about it, it’s true. It’s said that creating a space for the practice and study of dharma creates virtue not just for you, but for all the beings who will see it and touch it and even remember it in the future.

A Gift that Keeps On Giving

When I was in San Francisco, I met Sharon Mumby, a friend from the old days at our home monastery Karma Triyana Dharmachakra. She said that years back, Three-Year-Retreatants had to build their own retreat cabins, but felt at least a little delight in the task, because their efforts would shelter retreatants and their practice for generations to come.

I wasn’t part of the crew that built the Karme Ling Three-Year Retreat center where I did my retreat, but I did contribute money to its construction; since then, six classes of retreatants have gone through its doors, and another will go in this fall. May all beings benefit from work such as this, which populates our world with virtuous thoughts!

Prayers from His Eminence

This week I also was able to pass along a letter from Director Kim and the Board to His Eminence Tai Situ Rinpoche, reminding him of his visit to the Columbus KTC in the 1990s, asking for his prayers for our rebuilding, and inviting him to come back when we have a new home. It’s great to have His Eminence’s prayers and we hope to see him in Columbus again!

You can find lots of photos of His Eminence’s visit to San Francisco on Facebook, but also a few links here.

And It’s No Surprise …

… that when I was seated at an empowerment with His Eminence Tai Situ Rinpoche in San Francisco, I had a chance to speak briefly with a lovely western lama sitting next to me.

Turns out it was Lama Pema Clark of the Kalu Rinpoche center Kagyu Sukha Choling in Ashland, OR. Lama Pema had not heard about the Columbus KTC fire, but took one of the fundraising flyers (I just happened to have with me ☺ ) and said her center had just raised more than $1 million to build a new temple in their city. She was enthusiastic about sharing her sangha’s experience – raising money in a city of just 20,000 people, few of whom were Buddhist – and said she’d be willing to put her Board and our KTC Board together to talk about their experiences.

Just another example of the blessings that appear whenever the great masters come to town!

Dear Dharma Friends, have a wonderful week – and see you Sunday at KTC!

Yours in dharma,
Lama Kathy

Saka Dawa DuChen: Observance of the Buddha’s Birth, Enlightenment, and...
Scroll to top